Oregon Music News is proud to announce our new series “OMN Live” bringing live video concerts from your favorite local musicians. To start this series off, we introduce Anthony Cadiz! Find it on our Facebook page at 6pm today!

Anthony is a Filipino-American singer-songwriter, originally from the Midwest. He grew up in the suburbs of Chicago and later moved to The Twin Cities of Minnesota, where his passion for music began to take shape.

For Anthony, music was the easiest way to express himself and make new friends. He started off by teaching himself to play guitar. Later on, he attended McNally Smith College of Music and earned his bachelor’s degree in audio engineering and music production.

Hip-Hop and R&B influences have weighed heavily on Anthony’s own musical style. Though he doesn’t consider himself a “rapper” he does a lot of verse writing in the poetic, rhetorical way that rappers do. Instrumentally, Anthony’s background in acoustic guitar has led him to learn a lot of folk, blues, and popular music. With this mix of influences, it has been a constant struggle to try and categorize the genre
Source… 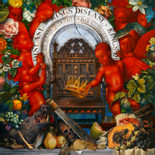 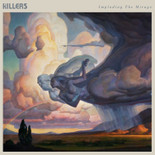